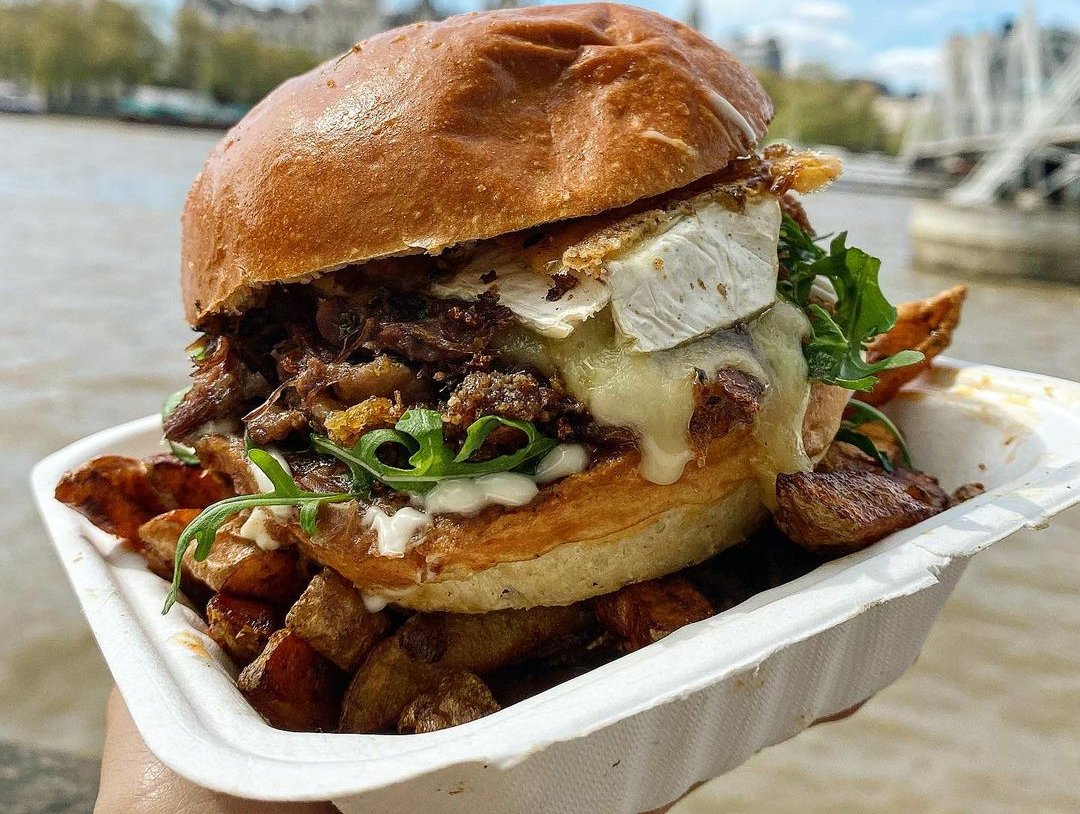 Calling all Confit Duck and Raclette cheese lovers...we’ve got a treat instore for you at this year’s Feast Collective tent.

Set up in 2013 by French Chef ‘Romain’, the mission at ‘The Frenchie’ is to fuse a traditional French classic with the modern London street food scene - producing high-quality confit duck burgers & working with the best French food suppliers.

Romain originally came to London to learn English and return, but that plan went out the window when he discovered the London Street food scene. Originally working as a chef at a French restaurant - Androuet,in London, he launched The Frenchie in 2013, spending months perfecting his Confit Duck Burger and has never looked back.

Run by a small bubbly team of frenchies in London, who enjoy life to the full! Make sure to give them a visit for some v French hospitality.

The Feast Collective curated by Fred Sirieix and The Little Gloster