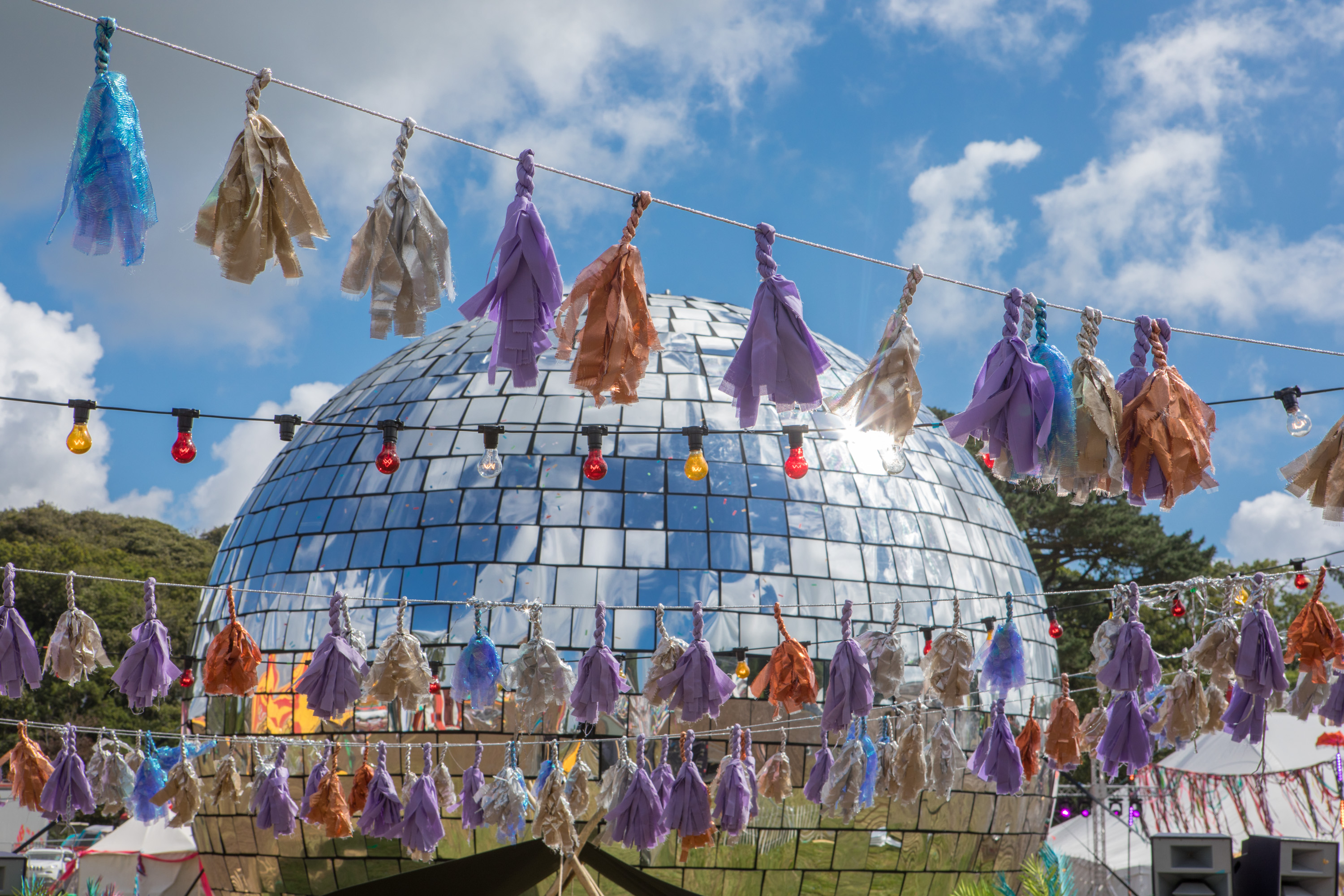 We're super excited to announce a major call out for festival goers to join our GUINNESS WORLD RECORDS™ title attempt for the Largest Disco Dance at our Dorset Jamboree this summer.

Breaking world records is no mean feat and in true Camp Bestival style we're determined to give as many Camp Bestival go-ers as possible the chance to become record breakers!

The dance is led by Diverse City founder and disco champion, Claire Hodgson MBE, and choreographed by fellow disco champion and brother, Tom Hodgson. Claire was awarded an MBE in 2016 for services to inclusion in the Performing Arts and continues to be an inspiration to many with her dedication to all things disco. Aspiring record breakers are encouraged to sign-up early due to limited availability!

“Disco was central to my childhood and teen years and it very much occupies a massive part of my life. It brought me glamour and liberation. I wear sequins everyday as much as possible and disco has provided a soundtrack to many of my best moments. I am very excited about the GUINNESS WORLD RECORDS attempt for the World’s Largest Disco Dance. It is a dream moment for me and I am so glad to be doing the dance with an amazing community of people, alongside my sister, Kim, too, who have signed up to do the same. The choreography is great - a bit of practice will enable everyone to pick it up and take part. It has been created to include everyone.” Diverse City founder and dance choreographer, Claire Hodgson MBE.

“Camp Bestival Dorset’s GUINNESS WORLD RECORD attempt for the World’s Largest Disco Dance is a bold move, but in true Camp Bestival style, it’s just another wild and out there activity for the whole family to get involved in over the weekend. The dance itself is going to be a tonne of fun and if it all goes to plan, families can take home the absolutely phenomenal fete of being a GUINNESS WORLD RECORD breaker. Not to mention, all proceeds from the attempt will go to the Ellen MacArthur Cancer Trust, which we’re incredibly proud of. Everyone, get your dancing shoes on, because we’re all heading to the dancefloor – roll on July!” Rob da Bank

The Largest Disco Dance will encourage everyone and anyone to take part, with all abilities welcome. The festival jamboree will also raise money for Camp Bestival’s official charity partner, the Ellen MacArthur Cancer Trust, which inspires young people aged 8-24 to believe in a brighter future living through and beyond cancer.

“We’re so grateful to be back at Camp Bestival again. It’s been great fun working with the team on the GUINNESS WORLD RECORDS title attempt and we’re so excited about seeing everyone together on site trying to set the new record. It’s such an innovative and fun fundraising idea, and every sign-up will help the Ellen MacArthur Cancer Trust inspire more young people to believe in a brighter future living through and beyond cancer, both this summer and into the future. Thank you!” Lindsay Nehorai, Fundraising Manager, Ellen MacArthur Cancer Trust.

To take part in the GUINNESS WORLD RECORDS™ title attempt for the  Largest Disco Dance and to be in with the chance of being a record breaker, disco dancers need to sign-up and register before Camp Bestival Dorset here and learn the official routine here.

It's official! We broke the World Record for Largest Disco Dance!

A Storyteller, A Drag Queen & A Parenting Psychologist Walk Into A Literary Institute Tent

Explore Your Wellbeing at Slow Motion

Indulge In a Weekend of Wellness at Camp Bestival!