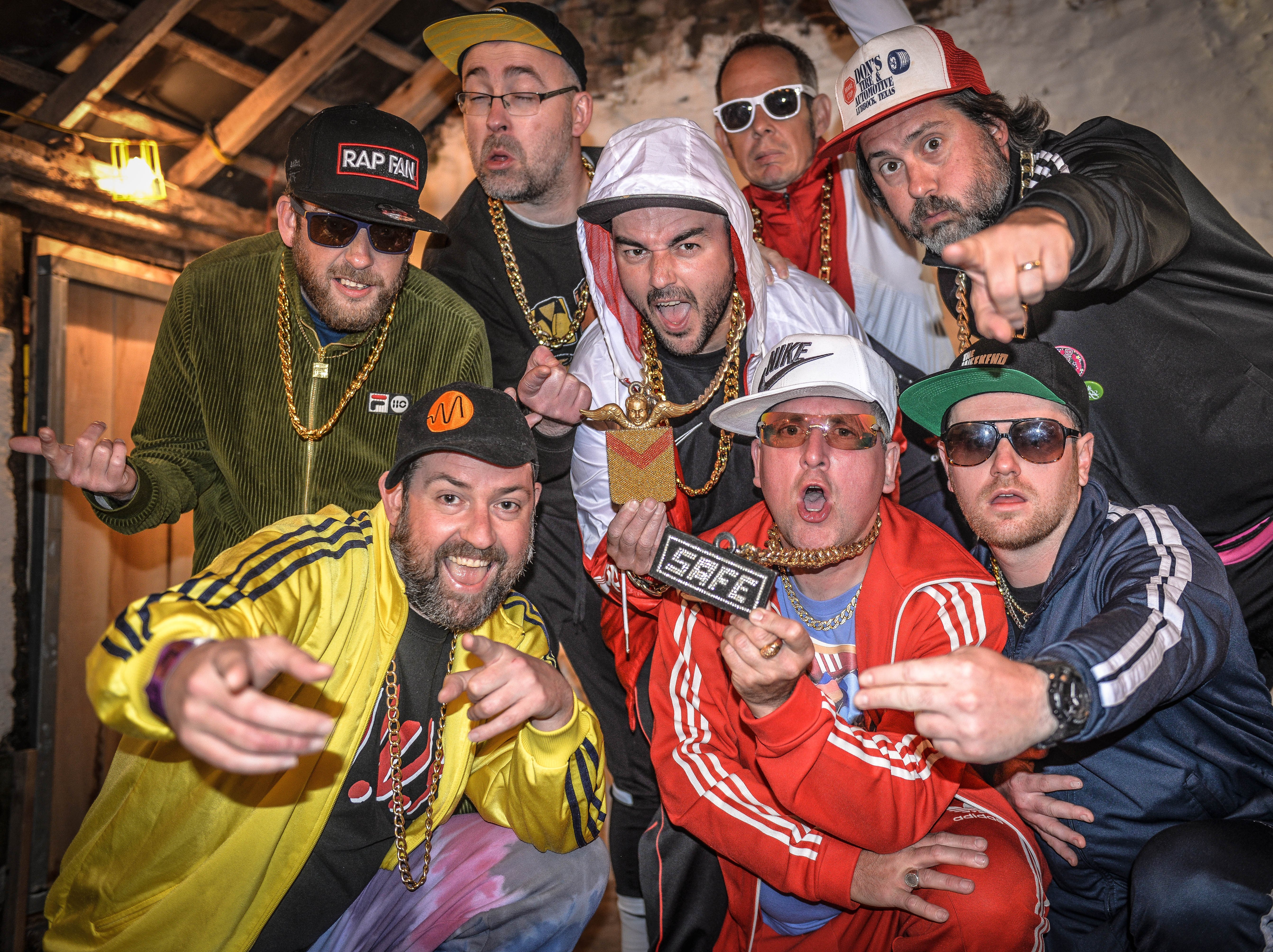 Known for classics like “Guns don’t kill people rappers do” and “Your mother’s got a penis”, Goldie Lookin Chain started almost by accident around the turn of the century with Eggsy’s impromptu rap about his tracksuit over a serious piece of music Rhys was working on in the studio.

Adam Hussain, Billy Webb, Mystkal, the Maggot, 2hats and Mike Balls convinced Rhys to record the rap. Fuelled by Lambrini, fags, Chicken Tikka Massala and weed they all took to the mic and their first album “Don’t Blame the Chain” was born. And so it began, the journey which has so far seen The GLC rise to the top of the charts, perform around the world and at every major festival in the Western Hemisphere and make millions of people laugh along the way.

Now many years since that first rap about Eggsy’s tracksuit, the boys are still keeping it real in the rap game and hold the title of the most successful UK rap act ever. To date The GLC have released 24 albums… and amazingly none of them have died yet. You knows it!